Paul Williams from the North West team has won the New Foster Carer Award at the annual FosterTalk Foster Carer Awards in recognition of his dedication and commitment to the children and young people in his care. 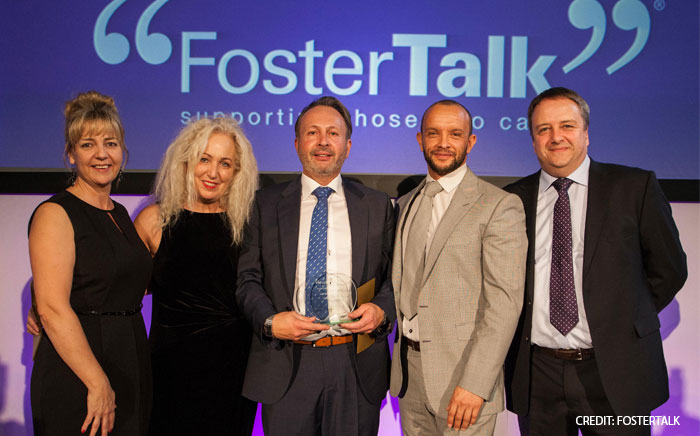 Edward Timpson, Minister of State for Vulnerable Children and Families, opened the ceremony by praising and congratulating all of the winning foster parents present. Paul received his award from silver Olympic medallist and World Champion, Jamie Baulch; who was in care himself until he was adopted at six months old, and from TV’s TOWIE star Debbie Douglas. As well as being a foster parent for over two decades, Debbie is also a government ambassador for fostering.

Paul, who has fostered with By the Bridge with Cambian for 18 months currently has one young person in his care. He was nominated for the award by fellow foster parent, Jan Murphy. Commenting on why she feels Paul is so deserving of this award, Jan said:

“I’ve been fostering for 20 years and I knew as soon as I met Paul that he had natural ability to look after children. For me, meeting Paul was a breath of fresh air. He has compassion, a sense of humour, and he cares. How he works with the young people is simply amazing. He just knows how to bring out the best in them and has been an inspiration to me.

“It doesn’t matter how long you have been doing this, we always have to be prepared to learn from each other and I’ve learned so much from Paul. He cares about children with a happy heart and it’s my privilege to know him.” 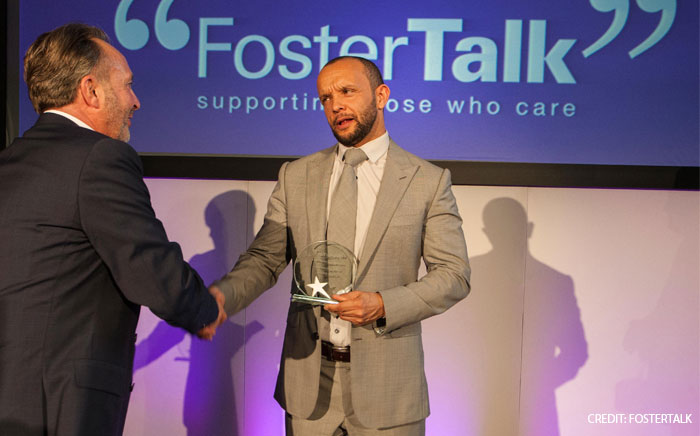 Pictured above: Jamie Baulch presenting Paul Williams with his award

Now in its third year, the FosterTalk awards highlight how foster carers are fundamental in turning young people’s lives around and Paul is dedicated to doing just that.

“I started fostering in April last year – it is so different to the life I had before, working in open cast coal mines. I’ve worked hard my whole life, but often, as hard as I was working, I couldn’t see that I was making a difference. As a foster parent, I get a sense of satisfaction every day when I see my foster son happy and achieving things.

“I didn’t think it would be possible for me to foster as a single man, but I’m living proof that you can. I think there is a real need for more male foster parents like me, as many of the children need a positive male role model in their life.” Paul explained.

Paul continued: “I was so shocked when I heard about the award and I had to be convinced for 20 minutes that it wasn’t a wind up! I’m just ecstatic and delighted for my foster son, as it’s for him as well. We’re a team.”

Carole Hardman, Paul’s Link Worker at By the Bridge with Cambian, said:

“I’m absolutely delighted for Paul, but I’m not surprised to see him being recognised with this award. It’s so well deserved and his journey into fostering is such a huge success story – particularly with the rapport he has built with the young person currently in his care. We are an inherently therapeutic organisation and Paul has those innate qualities that make him a natural foster parent.

“As a single male foster parent, he is in the minority and we could do with many more Pauls!” 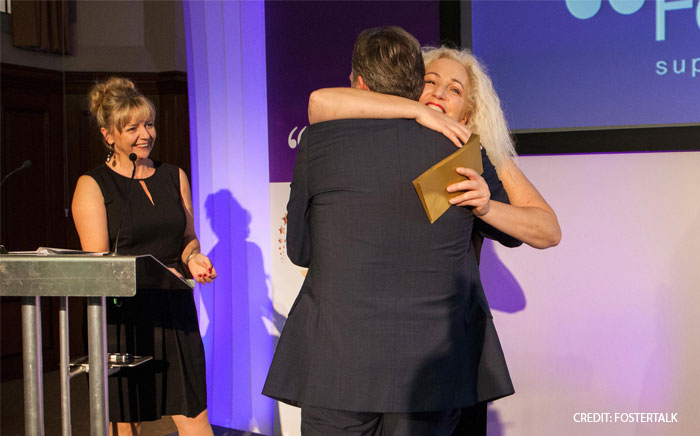 “Foster [parents] make a huge impact on children’s lives, and the awards highlight the incredible commitment and love that families like these bring to fostering some of our most vulnerable children across the country.”

We, at By the Bridge with Cambian, are all very proud of Paul. It is remarkable achievement and acknowledgment to the great work Paul and our other foster parents ensure, and continue to do, for children in their care.

All Images and text are copyright of FosterTalk Ltd